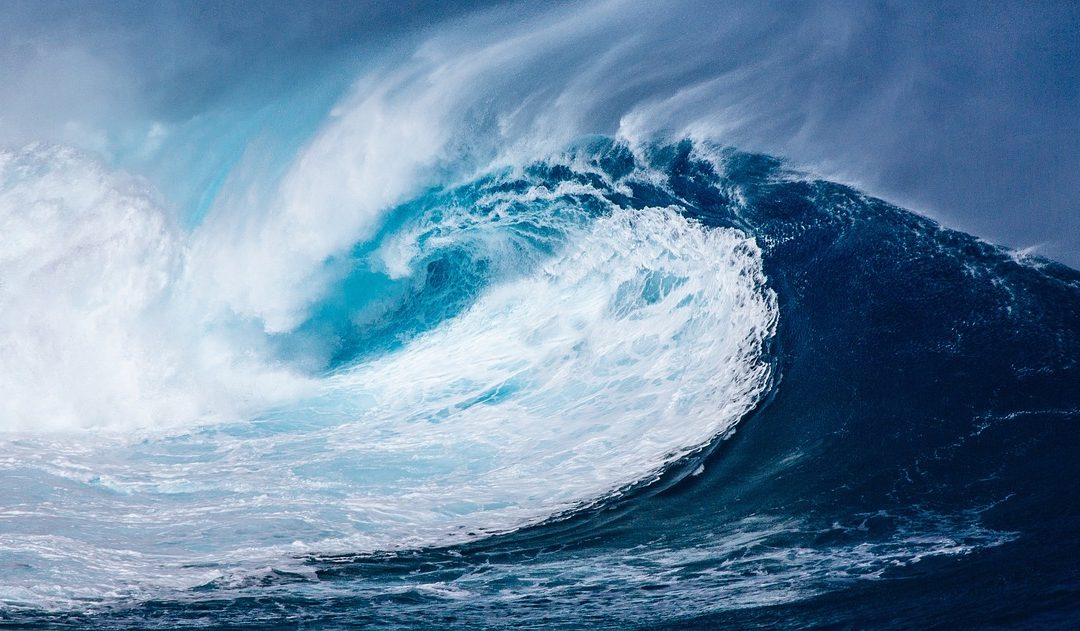 Once I was flying at night over the North Atlantic. It was in 1947, and I was coming back from my first visit to Europe. Our plane, one of those old DC4′s with two engines on each wing, was within two or three minutes of the middle of the Atlantic.

Suddenly two engines on one wing stopped. I had already flown a lot, and so I could feel the engines going wrong. I remember thinking, if I’m going to go down into the ocean, I’d better get my coat. When I did, I said to the hostess, “There’s something wrong with the engines.” She was a bit snappy and said, “You people always think there’s something wrong with the engines.” So I shrugged my shoulders, but I took my coat.
I had no sooner sat down, than the lights came on and a very agitated co-pilot came out. “We’re in trouble,” he said. “Hurry and put on your life jackets.”
So down we went, and we fell and fell, until in the middle of the night with no moon we could actually see the water breaking under us in the darkness. And as we were coming down, I prayed.

Interestingly enough, a radio message had gone out, an SOS that was picked up and broadcast immediately all over the United States in a flash news announcement: “There is a plane falling in the middle of the Atlantic.” My wife heard about this and at once she gathered our three little girls together and they knelt down and began to pray. They were praying in St Louis, Missouri, and I was praying on the plane. And we were going down and down.
Then, while we could see the waves breaking beneath us and everybody was ready for the crash, suddenly the two motors started, and we went on into Gander.
When we got down I found the pilot and asked what happened. “Well,” he said, “it’s a strange thing, something we can’t explain. Only rarely do two motors stop on one wing, but you can make an absolute rule that when they do, they don’t start again. We don’t understand it.”

So I turned to him and I said, “I can explain it.”
He looked at me: “How?”
And I said, “My Father in heaven started it because I was praying.”
That man had the strangest look on his face and he turned away.

What one must realize is that seeing the world as a Christian does not mean just saying, “I am a Christian. I believe in the supernatural world,” and then stopping. It is possible to be saved through faith in Christ and then spend much of our lives in the materialist’s chair. We can say we believe in a supernatural world, and yet live as though there were no supernatural in the universe at all. It is not enough merely to say, “I believe in a supernatural world.”
Christianity is not just a mental assent that certain doctrines are true. This is only the beginning. This would be rather like a starving man sitting in front of great heaps of food and saying, “I believe the food exists; I believe it is real,” and yet never eating it.
It is not enough merely to say, “I am a Christian,” and then in practice to live as if present contact with the supernatural were something far off and strange.
Many Christians I know seem to act as though they come in contact with the supernatural just twice—once when they are justified and become a Christian and once when they die. The rest of the time they act as though they were sitting in the materialist’s chair.